The shear modulus of elasticity of Promethium is 18 GPa (est.).

The bulk modulus of elasticity of Promethium is 33 GPa (est.). 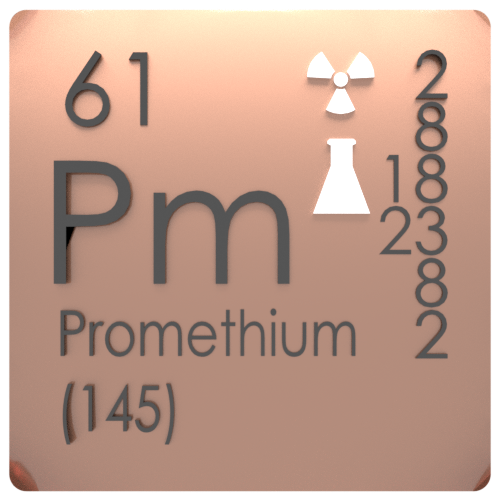