The atomic radius of Iodine atom is 139pm (covalent radius). 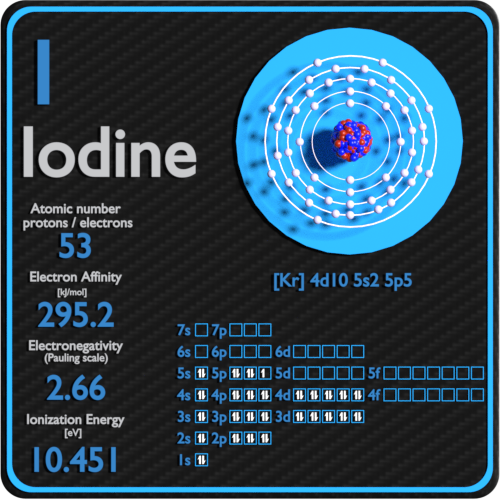 Electron affinity of Iodine is 295.2 kJ/mol.

Electronegativity of Iodine is 2.66.

The electronegativity of Iodine is: χ = 2.66

A Iodine atom, for example, requires the following ionization energy to remove the outermost electron.