For stable elements, there is usually a variety of stable isotopes. Isotopes are nuclides that have the same atomic number and are therefore the same element, but differ in the number of neutrons. Mass numbers of typical isotopes of Neodymium are 142, 143, 145-147.

The atomic radius of Neodymium atom is 201pm (covalent radius). Electron affinity of Neodymium is 50 kJ/mol.

Electronegativity of Neodymium is 1.14.

The electronegativity of Neodymium is: χ = 1.14

A Neodymium atom, for example, requires the following ionization energy to remove the outermost electron. 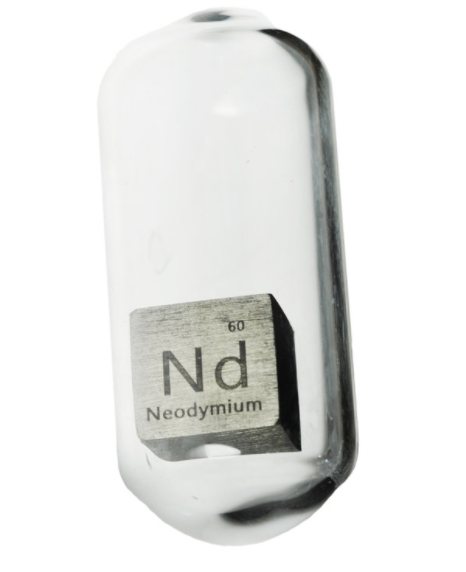