Water is a transparent and nearly colorless substance composed of the chemical elements hydrogen and oxygen, that are connected by covalent bonds. On Earth, water exists in gaseous (steam or water vapor), liquid, and solid states (ice). It is one of the most plentiful and essential of compounds and it is the main constituent of Earth’s streams, lakes, and oceans, and the fluids of most living organisms.  It is vital for all known forms of life. 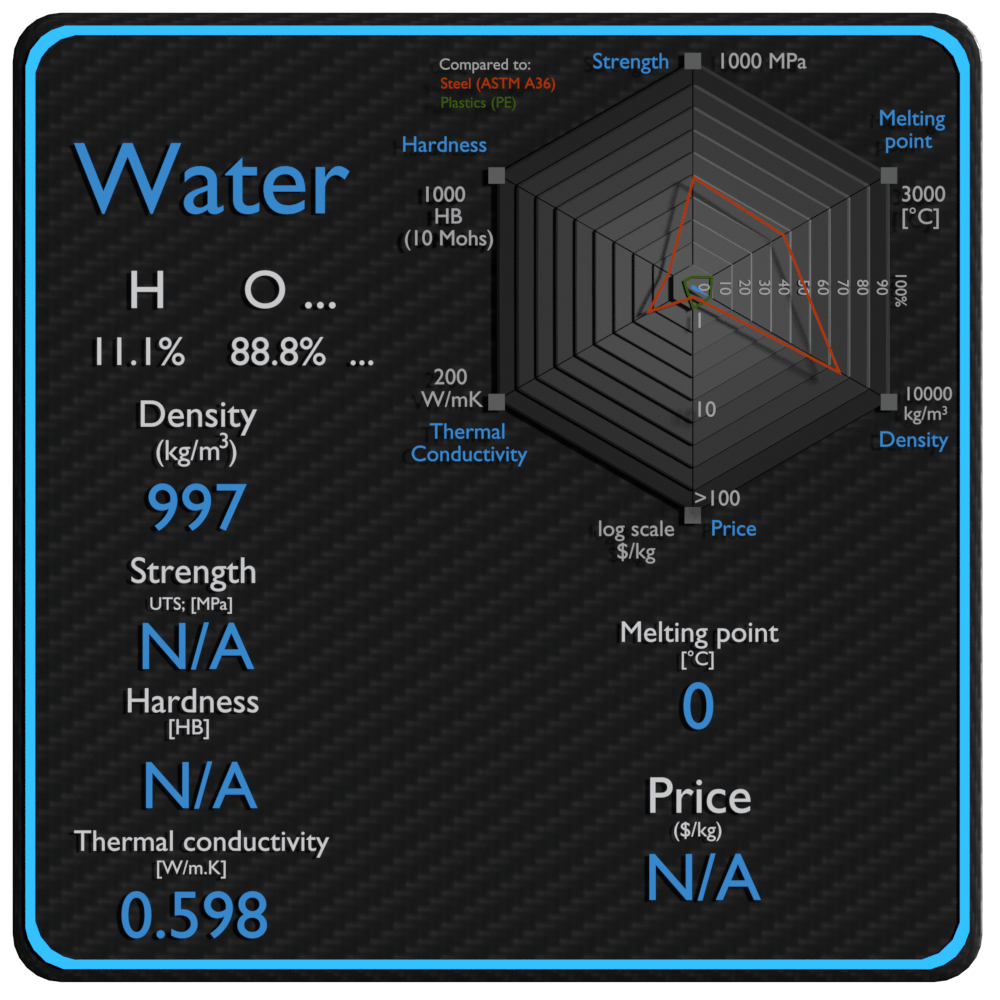 Chemically pure water (H2O) contains two elements – hydrogen and oxygen. But in nature such water does not exist and always contains various substances from the air or surface, such as CO2.

Water is necessary for human survival. But it is used in industry, agriculture, chemistry and energy production. In nuclear engineering is water using as a reactor coolant, a moderator or a neutron shielding.

Melting point of Water is 0 °C.